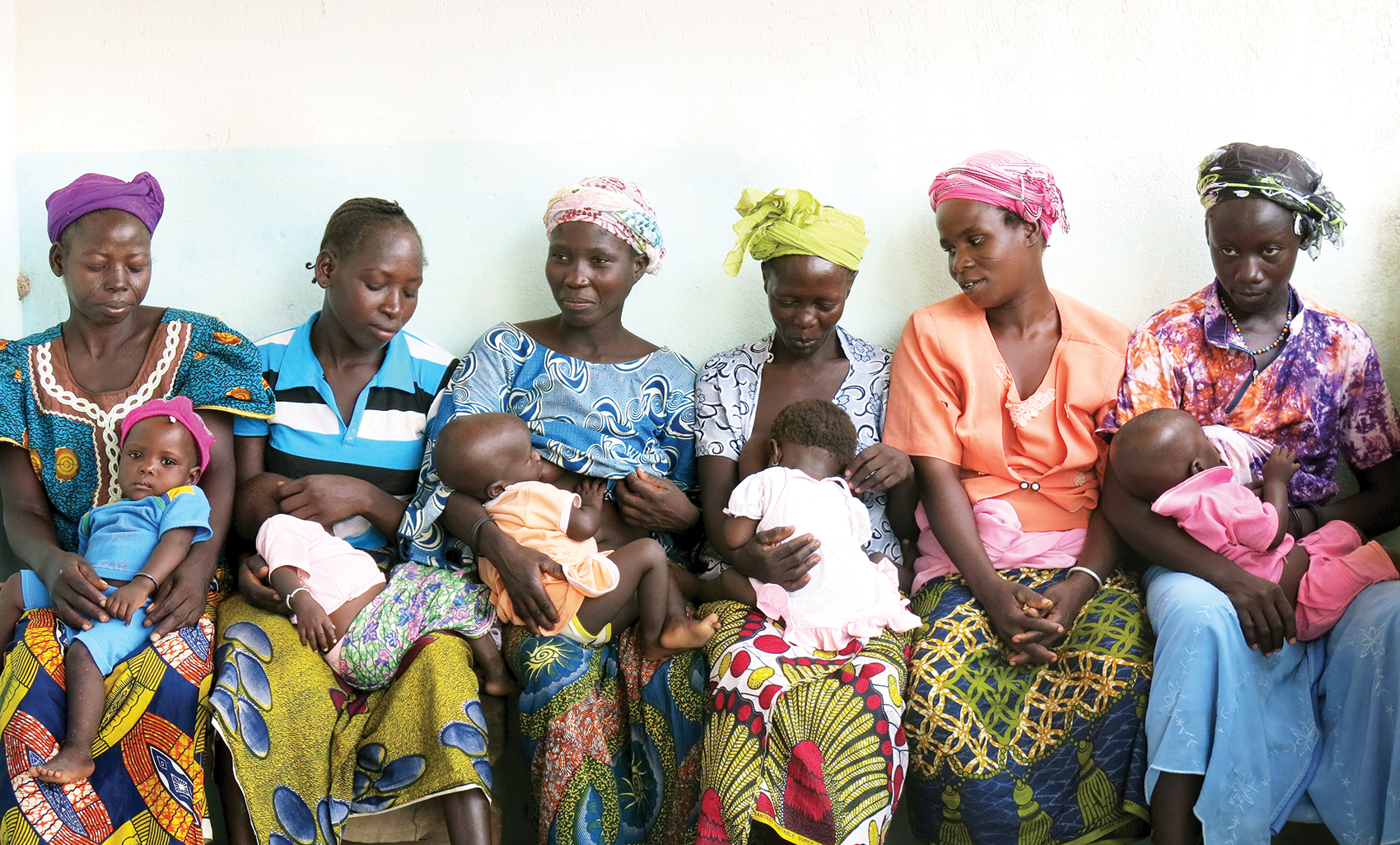 The mission of ITM is to advance and apply the sciences in the fields of tropical medicine and international health. ITM’s academic triad of research, education and service provision places research at the forefront. In 2016, our researchers once again left their mark in the laboratory, at the bedside and in the field. 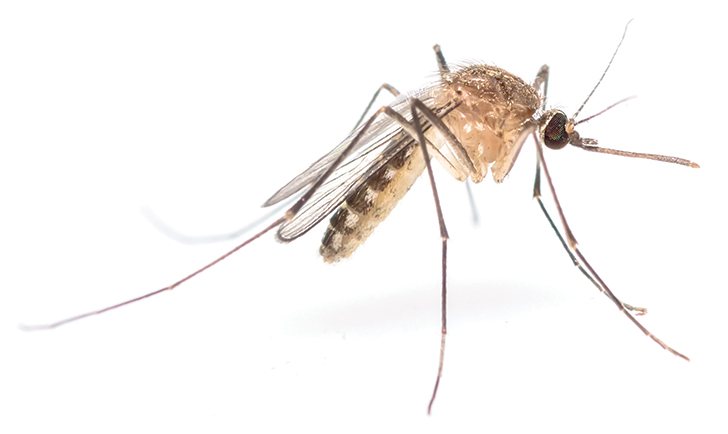 women in Burkina Faso, Ghana, Malawi and Zambia are involved in the PREGACT trial

In 2016, ITM researchers published 304 papers in highly ranked scientific journals. Below we provide a selection illustrating the scope and quality of our work.

The results of a complex and demanding clinical trial with convalescent plasma as treatment for Ebola were published in the New England Journal of Medicine. Prof. Johan van Griensven and an international group of experts showed that adding convalescent plasma to standard treatment does not significantly improve the chances of survival for Ebola patients. The EU-funded Ebola-Tx consortium also demonstrated the feasibility of conducting a high-quality trial, which both respects international ethical and safety regulations and is grounded in community participation, in the midst of an outbreak.  As such, this group provided a model for future emergency trials and interventions.

Prof. Kevin Ariën and his team developed a new diagnostic test for Ebola and published their findings in the Journal of Infectious Diseases.

The New England Journal of Medicine also published the findings of PREGACT, a large clinical trial on malaria during pregnancy coordinated by Prof. Umberto D’Alessandro, currently the director of the MRC Unit The Gambia). PREGACT, for PREGnancy Artemisinin-based Combination Treatments, involved over 3000 women in Burkina Faso, Ghana, Malawi and Zambia. The four-year study showed that four available antimalarial treatments are safe to use in pregnancy.

A multidisciplinary group led by Prof. Marc Coosemans investigated whether the widespread use of mosquito repellent at community level can help to beat malaria. In The Lancet Infectious Diseases, they described how failure to ground malaria control strategies on human behaviour is one of the greatest obstacles to a successful intervention. Remarkably, despite 70% of the nearly 50.000 participants in Ratanakiri, Cambodia having reported daily use, anthropological studies showed that only 8% effectively used the repellent.

In November 2016, the Institute of Tropical Medicine opened its doors to the public on the occasion of Flemish Science Day. Both children and adults took part in an exciting geo-catch around the Institute where they each caught a disease. Participants were quizzed about prevention, symptoms and treatment in their quest to identify their disease. Back in the art deco main building, the public took a closer look at different kinds of mosquitoes with the help of our entomologists. Children were also invited to create their own insects in an “Insectorama” drawing workshop.

In November 2016, the Institute of Tropical Medicine opened its doors to the public on the occasion of Flemish Science Day. Both children and adults took part in an exciting geo-catch around the Institute where they each caught a disease. Participants were quizzed about prevention, symptoms and treatment in their quest to identify their disease. Back in the art deco main building, the public took a closer look at different kinds of mosquitoes with the help of our entomologists. Children were also invited to create their own insects in an “Insectorama” drawing workshop.

“Community-based clinical trials in developing countries are no easy undertaking” 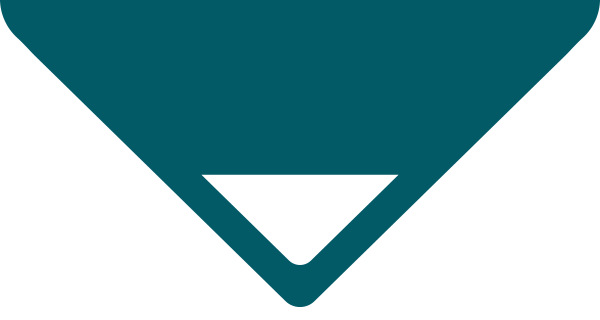 Community-based clinical trials in developing countries are no easy undertaking, as described extensively by the EU-funded research consortium NIDIAG under the direction of Prof. Marleen Boelaert. In seven articles published in PLOS Neglected Tropical Diseases, the international group of researchers analysed specific challenges and possible solutions, as well as proposed guidelines for quality-assured clinical field research on neglected tropical diseases.

Prof. Chris Kenyon described and analysed the different rates of decline of syphilis around the world in PLOS Neglected Tropical Diseases. The discovery of penicillin in the first half of the 20th century has led to a sharp decline of syphilis worldwide, except in Africa.

Prof. Jean-Claude Dujardin and colleagues reconstructed the genetic genealogy of Leismania donovani in the Indian subcontinent stretching back to the 19th century. Their results, published in eLIfe, perfectly matched the historical records of British physicians in India.

Non-communicable, chronic diseases such as diabetes place an ever-growing burden on ill-equipped health systems in low-income countries. Dr. Josefien van Olmen showed in the Journal of Clinical and Translational Endocrinology that mobile health interventions – though a welcome addition to already well-functioning programmes – are not the game changer that many experts assume. 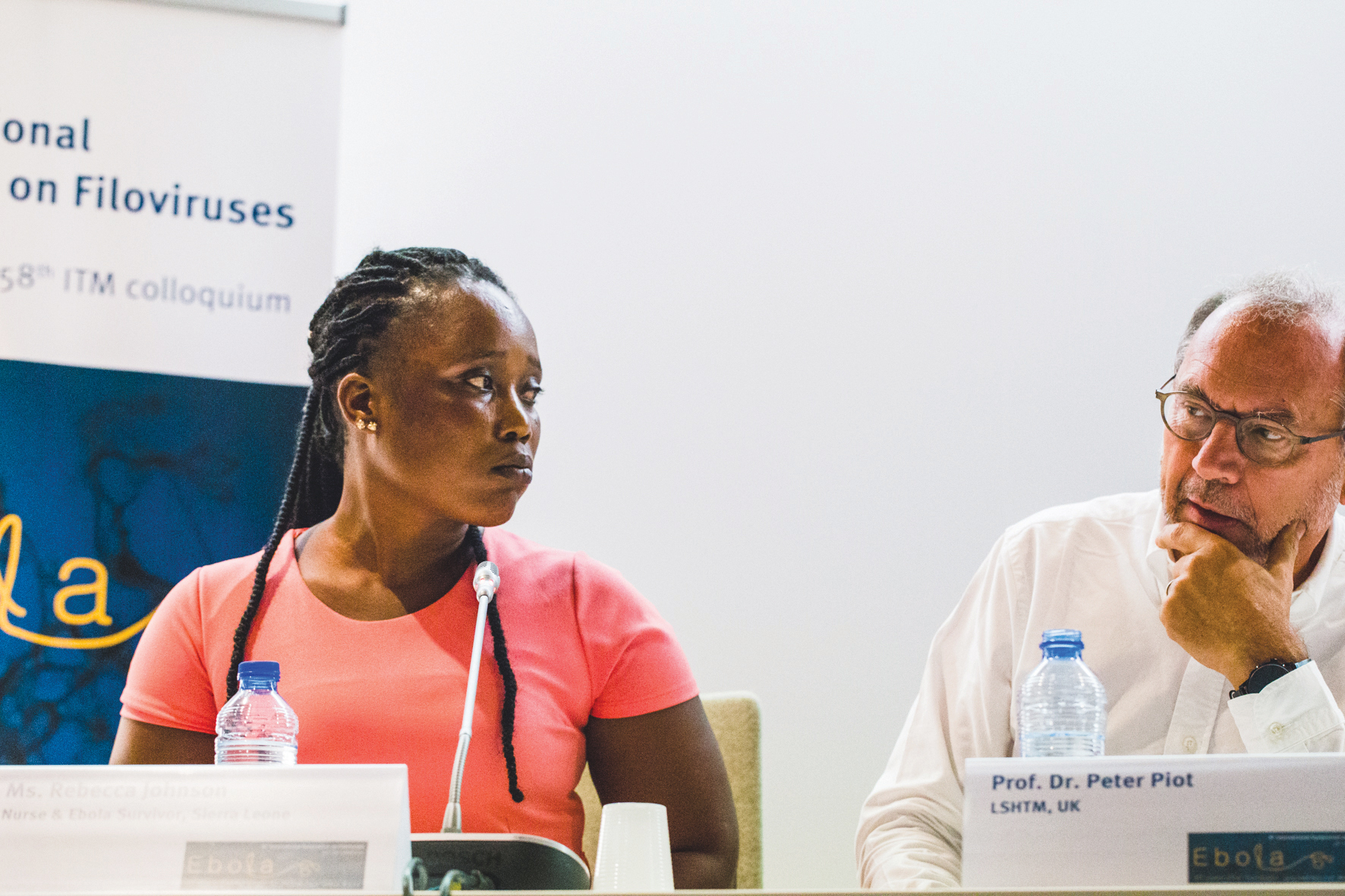 In September 2016, ITM brought together leading experts to discuss lessons learned from the unprecedented Ebola outbreak in West Africa from 2014-2016. The meeting also marked the 40th anniversary of the first Ebola outbreak in Yambuku, DRC in 1976. Prof. Jean-Jacques Muyembe, the first scientist on site and a long-standing partner of ITM, joined Belgian Ebola pioneers Guido van der Groen and Peter Piot to share their experiences.

In May, ITM also hosted the 13th edition of the conference series on Molecular Epidemiology and Evolutionary Genetics of Infectious Diseases (MEEGID). This top conference on the molecular evolution of pathogens gathers dedicated scientists from various fields of expertise. In the run-up to the conference, ITM organised a two-week course teaching hands-on applications of molecular tools in infectious disease research.

Public health interventions are mostly composed of several interconnected actions. Hence, they are popularly referred to as “complex”. Prof. Bruno Marchal and his colleagues organised two seminars dedicated to “complexity”, addressing the need for a paradigm shift in the field of research and evaluation of health interventions.

Since October 2016 ITM takes part in ZikaPLAN, a new EU-funded research consortium created in response to the Zika virus epidemic that struck Latin America in 2016. ITM will contribute  to developing new diagnostic tools and to investigating sexual transmission. ■ 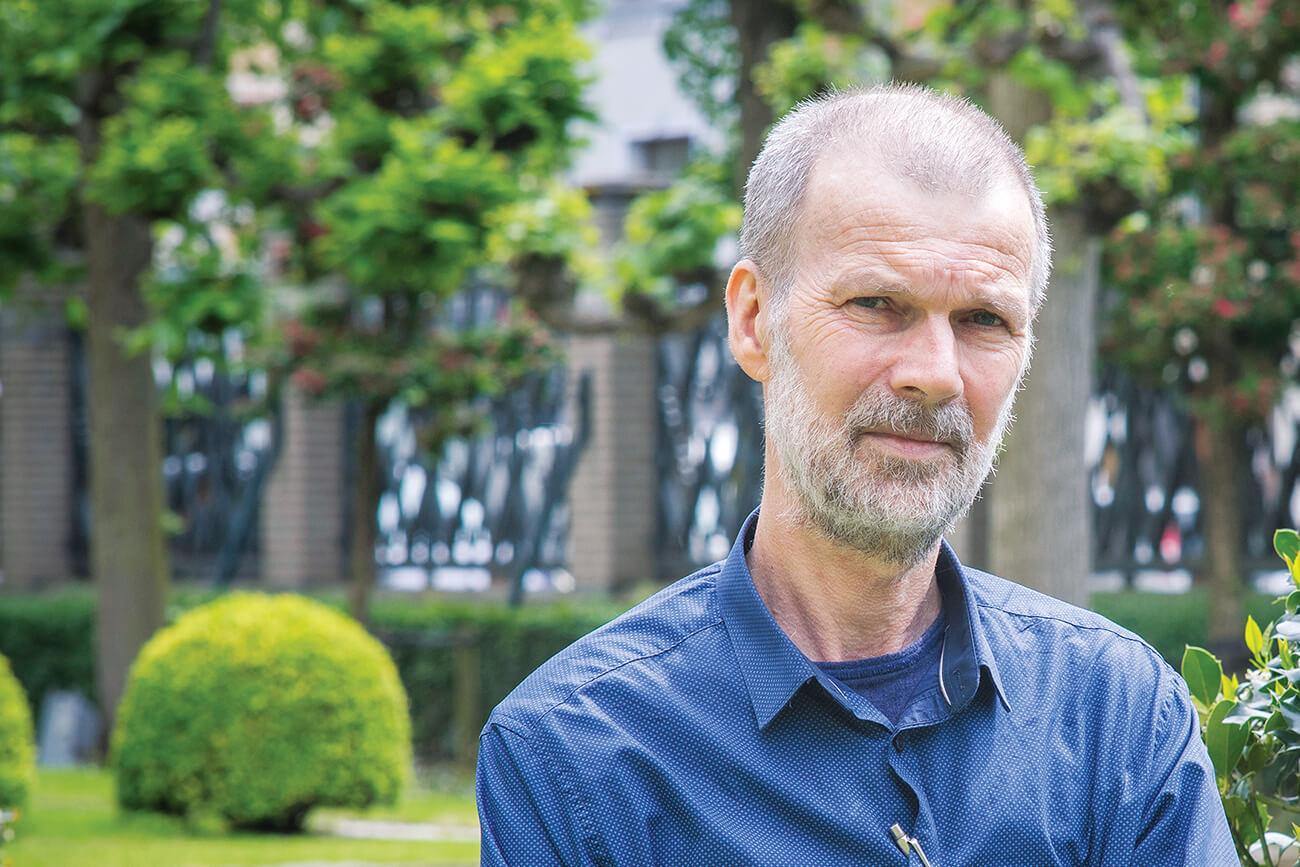 How an untreatable ailment turned curable

Until recently, patients with multidrug-resistant tuberculosis (MDR-TB) faced a very long and difficult treatment period, which many failed to complete. That was until ITM’s TB expert, Dr. Armand Van Deun, developed a shorter and more effective combination treatment that simplifies the clinical management and control of MDR-TB enormously. 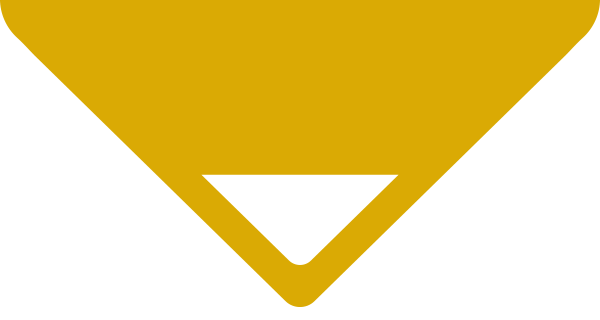 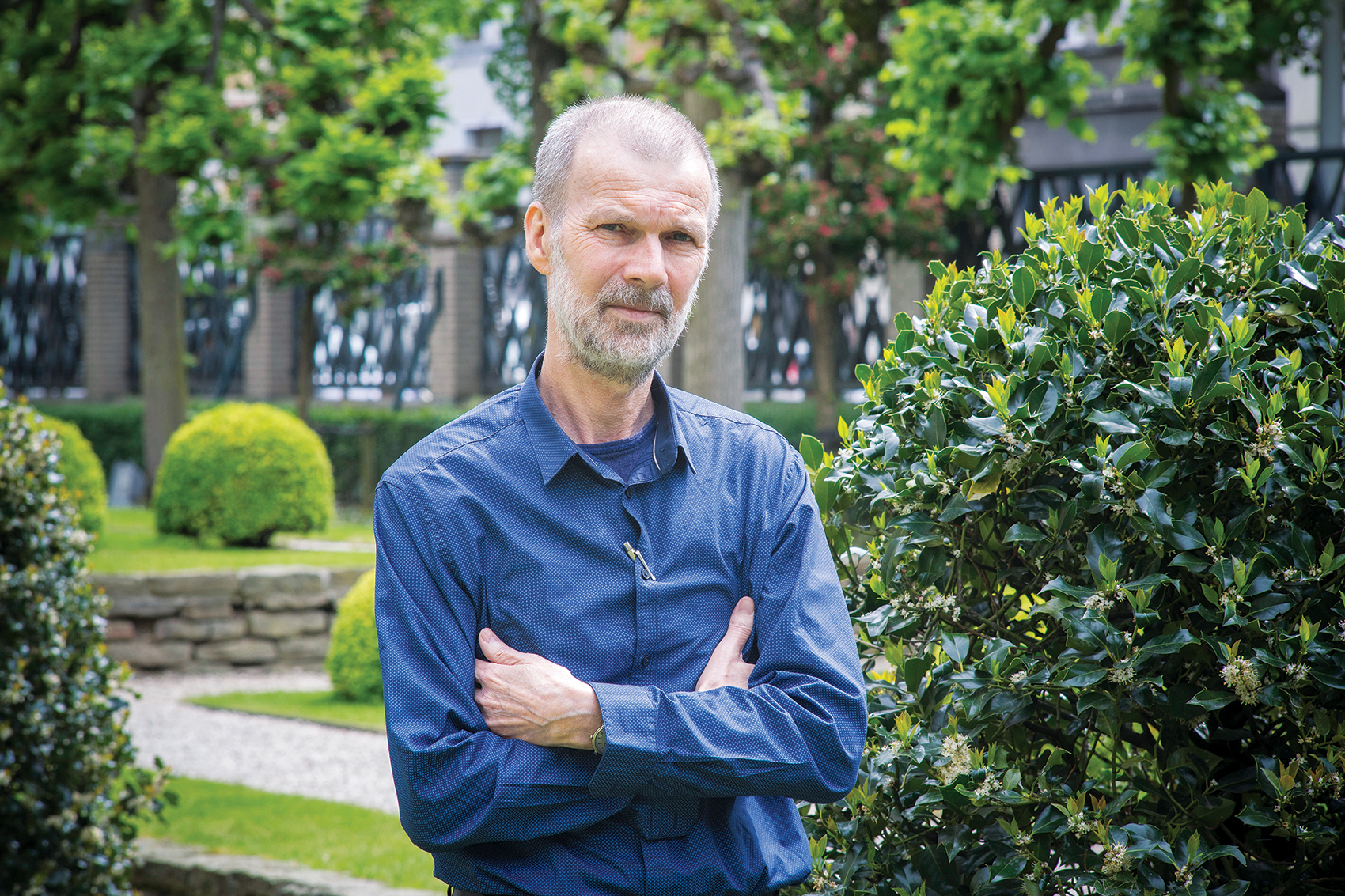 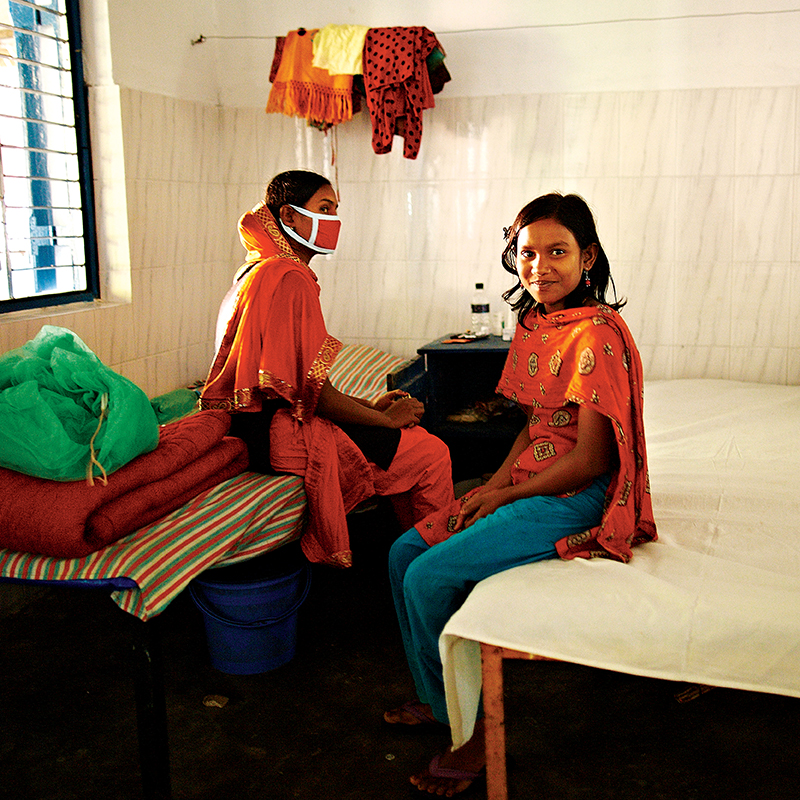 Each year, nine million people develop tuberculosis, a bacterial infectious disease that is increasingly unsusceptible to available antibiotics. Until recently, patients with TB that is resistant to more than one drug required two years of treatment, including second-line drugs with toxic side effects, such as deafness. Many patients did not complete this taxing therapy and only half of the patients were actually cured.

In May 2016, the World Health Organization (WHO) adopted the combination therapy that ITM’s Dr. Armand Van Deun had developed and tested as the new worldwide standard.

Dr. Van Deun, a clinical bacteriologist, specialised in tuberculosis while working in control programmes in Tanzania, Rwanda and Bangladesh for the Damien Foundation in the 1980s-90’s. During this time, he witnessed the spectacular rise of drug resistance, but refused to accept that patients could not be cured. In 1999, Van Deun joined ITM’s Mycobacteriology Unit while continuing to work closely with the Damien Foundation, The International Union against Tuberculosis and Lung Diseases, MSF and the WHO. After many years of research and shuttling between Bangladesh and Antwerp, Van Deun was able to fine-tune his “Bangladesh regimen” in 2006. He showed that the combination of seven medicines ‘only’ needs to be taken for nine months instead of 18 to 24 months. “In the following years, several  studies in other countries confirmed the effectiveness of his treatment.

The WHO’s adoption of Van Deun’s combination therapy for MDR-TB crowns a lifetime dedicated to research excellence in service of the world’s most vulnerable populations. ■